Syrian crisis: why mental health should be a priority

For many Syrian refugees, fear, anxiety, and haunting memories of violence and the loss of loved ones are all part of daily life. “I can’t provide my children with what they need. We were happy in Syria but now I feel depressed,” Rashid, a father of five residing in Lebanon, told me. Like many other refugees, he and his family are now living in a tented settlement in a foreign country, unable to work and struggling to meet their most basic needs. My Medair colleague asked Rashid’s wife about her life. She put her hands to her eyes and cried silently.

Eight years of crisis in Syria has significantly affected people’s psychological well-being. According to the World Health Organization, more than half of the Syrians need mental health services.

Psychosocial distress among refugees is one of the most overlooked needs. Psychological wounds are often invisible. Time alone can’t heal trauma and when people are no longer exposed to the danger that forced them to flee, it is too often assumed that the psychological hurt has disappeared as well. Time may take the edge off acute pain, but the wounds usually remain. Worse still, the dire displacement conditions, the stress that comes with day-to-day survival, uncertainty about the future, the news of loved ones lost back home, all contribute to the psychological toll on those already severely affected by the trauma of war. 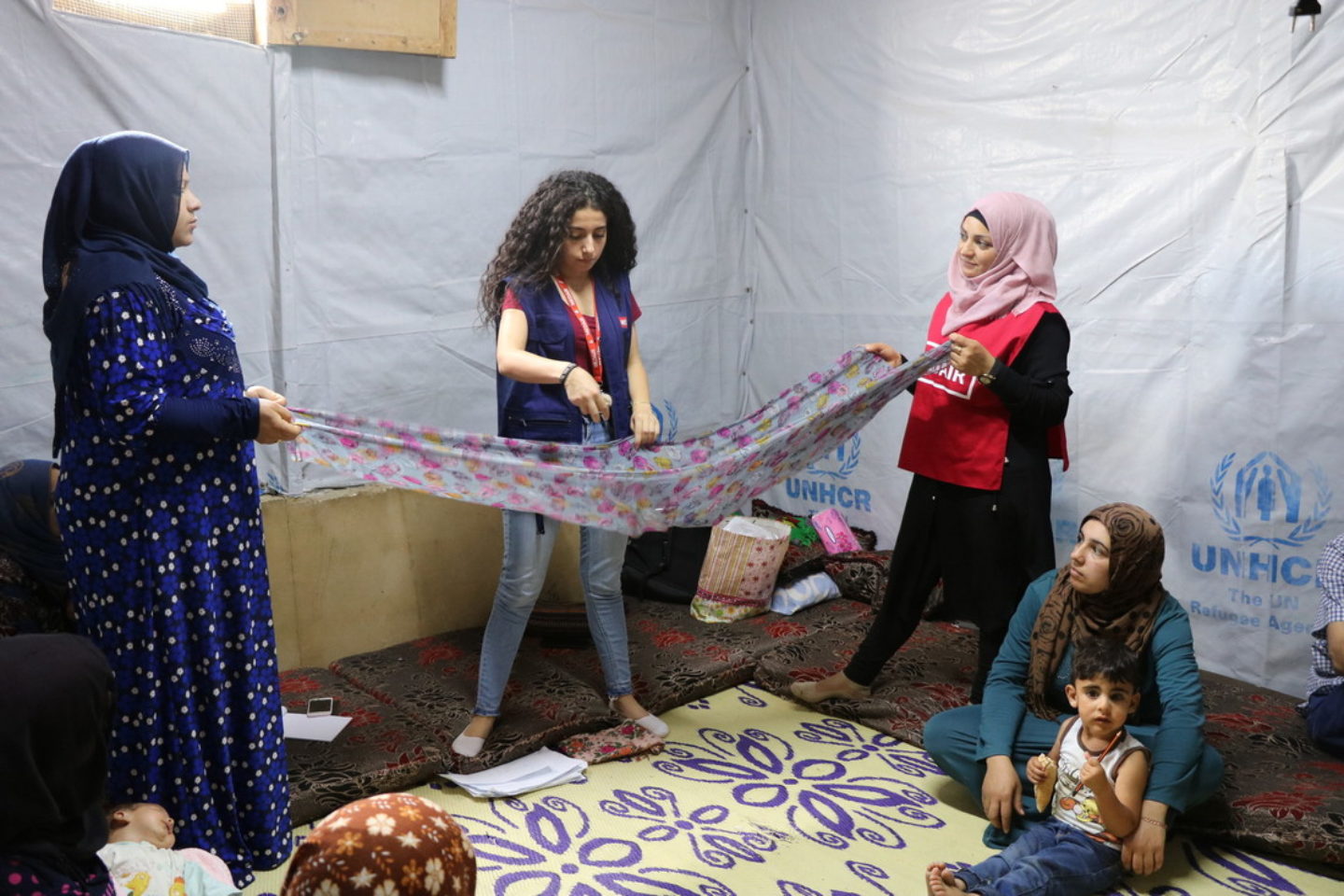 Mental health needs can often come with a stigma, discouraging people from seeking help. A Syrian woman at one of Medair’s psychosocial support sessions said: “I don’t want people to know that I am coming here. They will think I am too weak and that I have time to spend on issues that are not important instead of focusing on how to get food for my children or finding money to send them to school.”

By integrating mental health and psychosocial support into the aid response, the humanitarian community can help individuals cope as well as strengthen community resilience. Community strengthening can be done through organising sports activities for children and youth or setting up “Child Friendly Spaces” and women’s care groups. Some people need more focussed care to help them cope and they can benefit from psychosocial peer support groups. One Syrian woman who attends a Medair peer support group in Lebanon told us: “Your sessions give me a chance to talk and let go of what I have experienced. It also reminds me that we’re in this together. I’m not alone. Many other women have been facing the same hardships as me.” 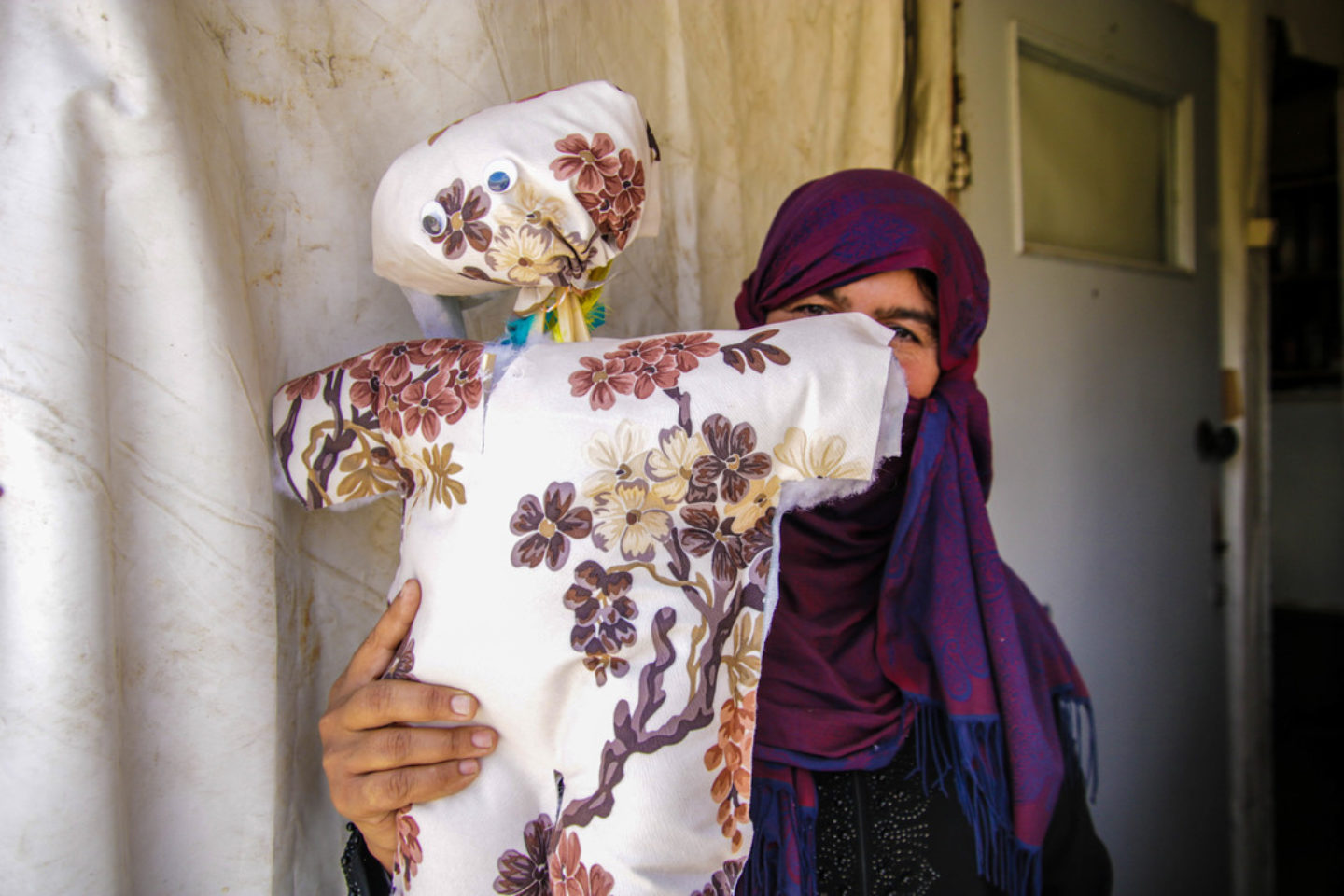 During a psychosocial support group session in Lebanon, participating women were asked to make an item through which they could share some of their story. Mariam, a Syrian refugee mother, made a doll and explained that the doll symbolised a three-year-old girl named Sadir, who was found amongst the rubble. She was taken away to the hospital, but her parents didn’t survive. With no other family, this young girl is now being raised by Mariam’s relatives.

As a humanitarian community, we cannot ignore the mental health and psychosocial well-being of the people we serve. If we do, the psychological consequences of the widespread traumatic stress caused by conflicts and disasters could prove to be as bad as the disasters themselves. We can give people safe drinking water, health care, and safe shelter but we also need to look for ways to rebuild their broken minds and help them to stand up emotionally.

We cannot fail the Syrian refugees and the millions of others forcibly displaced. Like Rashid’s family, many Syrians are exposed to traumatic stress every day and children are growing up with high levels of stress and trauma. People are incredibly resilient and capable of getting back on their feet. But when the guns fall silent, the emotional wounds will still be there and may prevent people from recovering and rebuilding their lives. The humanitarian community needs to stand with them and help them heal. The time to act is now.

Parts of this article have been published by the Church of England newspaper.